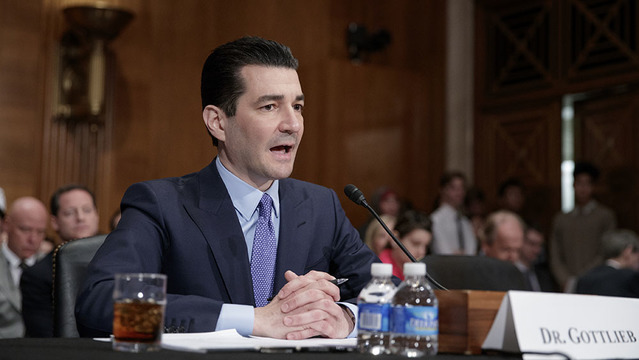 During his first year as FDA Commissioner, Scott Gottlieb has dramatically reformed the drug approval process. He's made it faster and more transparent and the changes are already bearing fruit.

In 2017, the FDA set an all-time record for generic drug approvals and for more novel drugs than any year since 1996.

Some analysts say that a quicker generics approval process will hurt innovator pharmaceutical companies. They argue that more drug approvals will force firms to slash prices as they compete for market share. The lost revenue, they say, will more than outweigh any savings from a more enlightened regulatory process.

Such analysts are dead wrong. Drug innovators thrive from competition. What they fear is regulatory uncertainty.

Gottlieb's reforms are making the approval process more predictable. And it's predictability that encourages innovation and investment, which results in both more lifesaving drugs and lower priced generics.

Up until the early 1990s, the FDA's drug approval process was (to be charitable) ambiguous. The agency never clearly signaled how any one investigational new drug would be evaluated. Nor did the FDA specify how long reviews would last.

While this ambiguity protected much-needed flexibility for overworked regulators, it deterred more robust investment in research and development. Drug companies hesitated to spend billions on research projects only to send applications into a black hole.

Drug research is both scientifically difficult and financially taxing. It takes more than a decade and costs well over $2 billion to develop just one FDA-approved drug.